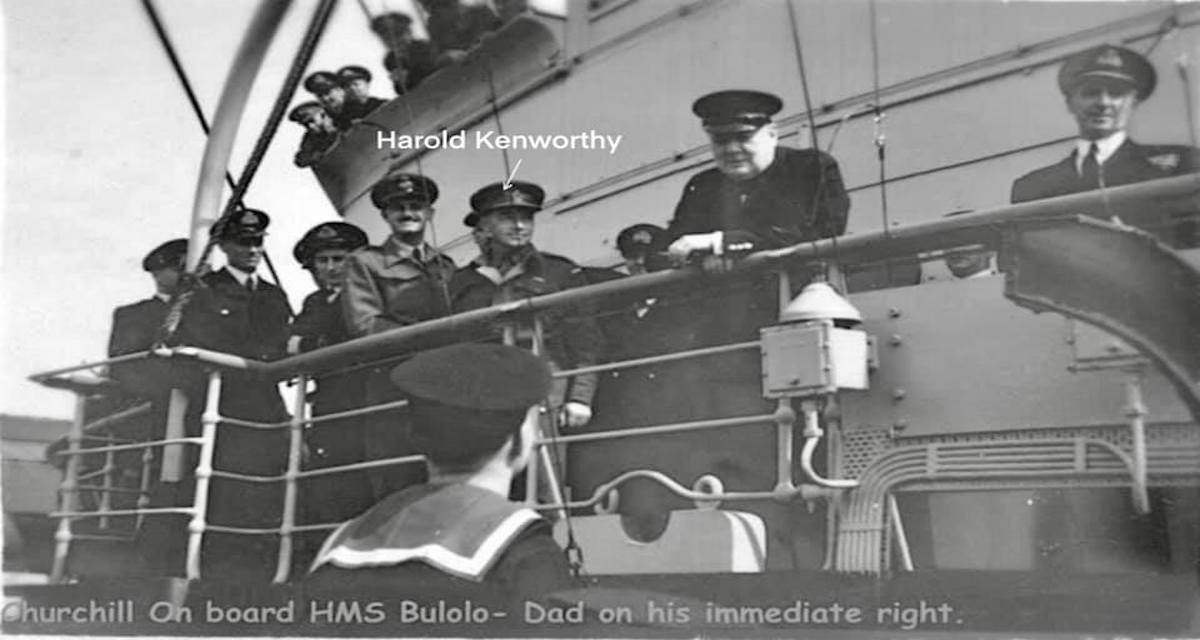 Back to my dad’s side of the family this week in the quest for Kenworthy links to the fair city of Preston. My grandfather was Harold Kenworthy, the son of Joshua and Mary, and he grew up in a house just off Bow Lane which has since been demolished to make way for the LCC car parks. Harold started work as a runner for the Post Office, but soon worked his way up through the organisation. His expertise in signals and telecommunications was put to use in WW2 where he rose to the rank of Major. Harold was involved in most of the largest European campaigns and we even found copies of the top secret plans for Operation Overlord (the Normandy landings) in an old cabin he used to rear turkeys after the war. Harold married Doris Huyton before the war and their reception was held in a tea room at Lane Ends. Doris was raised in Plungington as one of six children and she went on to raise four sons of her own, including my dad, Ian. After the war Harold and Doris travelled widely and even relocated to Malta for a while. However, they spent most of there retirement just outside Preston in Longton. Today you will find a memorial bench in their name on Longton Brickcroft Nature Reserve.