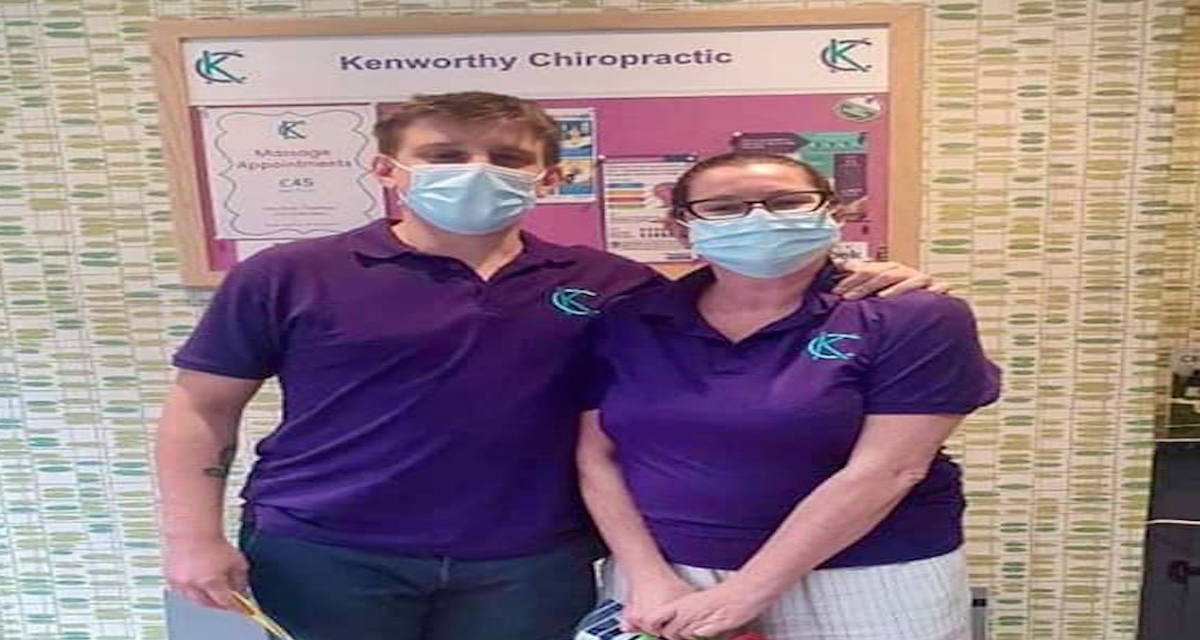 It’s the end of an era at Kenworthy Chiropractic, all be it quite a short era. Tom Roselle was the first chiropractor Johanna asked to join the business and it’s been a real pleasure working with him. We knew that Tom would only be with us for a relatively short time as he also runs his own chiropractic clinic in Greater Manchester. Now that he’s earned a sizeable following closer to home it ‘s time for him to cut out the commute and focus on his own business. In the picture below Johanna is presenting Tom with a bag of goodies mostly consisting of real ales, although it does look like she’s just walked in from the supermarket. All Tom’s patients will continue to receive their McTimoney chiropractic treatments from either Janine, or Johanna. We wish Tom all the best for the future and we’ll be staying in touch as often as possible.